If you are annoying some people you must be onto something!

I generally think of annoying people as A Bad Thing. I recall reading some time back about the hugely irritating series of GoCompare adverts with the cod opera singer. As I recall something like 80% of people find this highly irritating. However it was concluded that it was a good ad!? Why? As it leads to good “brand recall”. Oh dear, oh dear, thought I. Typical of our “late-capitalist” period when “money is everything”. So some folks come to work and make stuff to annoy people. Others promote their company in a way they know irritates the cast majority. But it’s all ok as it makes a few quid… Doh! 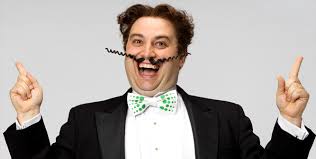 But offence is easily given. Or rather some people take offence very easily even when none is intended.

When I put this website together it was with two lines of thought. Firstly to unite my two different incarnations – the “suit and tie” one and the “t-shirt one”. Secondly as it does represent a spectrum of product/service offerings from the “hardcore” consultancy end through to the softer skills of mentoring and beyond into personal tools such as qigong and the sharing of wisdom traditions.

Anyway as always our view of the world seems quite simple and logical to us. But not always to others…

The frothers (all friends of mine) didn’t hold back – “you mustn’t do that, you simply can’t”, “do you want to teach Kung Fu [mb: I don’t and I don’t mention it] or work in the City”, and one was red in the face with outrage. Quite remarkable thought I.

Amita is a Buddhist Psychotherapist – indeed judging by her website name www.buddhisttherapist.com she must be the Buddhist Psychotherapist. Anyway she has been getting great results in certain areas where conventional therapy is often ineffective (and that’s a very large area sadly – another “another story”). Upon telling her the story she gave me the title of this article … ie if it was winding people up then I really must be onto something and actually one of her fortes is discovering this. Sadly, although there is clearly something in these folks psyche that is threatened in some way, I doubt I can persuade them to find out what it is 😉

It’s an interesting question as to why some people react so negatively. The question of why many react with polite apathy does not need answering – we are all overloaded with too much data these days.

I gained a further clue into the abreaction when someone I had never even met (a friend of a friend) wrote to me explaining at length why the website was “wrong” … these topics “should not” be on the same site, every page “should” have a commercial message and something to sell (?!), the blogposts should all be short and to the point (fat chance! :-D) etc etc. As a chum of mine who has spent quite some time in AA says “never ‘should’ on someone”. Wise advice although on reflection I should have trapped him for implicitly saying I should never ‘should’!

The real issues here are of fear – both existential (in a dis-enchanted universe and dis-integrated psyche) and excess conformity to the stereotypes provided in a negative economic climate and overly commercial world.

One of the positive messages already from doing this “integrated” experiment is that it does show people that it’s ok to be human. Indeed when I started out in the City everyone was very human – all the partners were very different types of people. The Clone Wars Army syndrome only came in later. It’s ok to have an integrated personality. ‘Soft’ skills complement, not threaten ‘hard’ skills.

The second positive benefit is the odd highly private conversation where people are seeking answers to problems that they are not finding through conventional conduits in our fragmented, state regulated, “right answer” world. One senior consultant in the middle of a difficult divorce said to me at the end of lunch that talking to me had been more useful than seeing a therapist. Another senior figure was finding it hard to deal with some troubling psychological-mental issues (of a category where the “official” therapies barely scratch the surface) and I was able to point them in more fruitful directions. 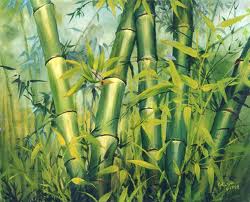 Interestingly taking a metaphor from Chinese culture rigidity is seen as brittle – far better to be like a bamboo which bends in the wind. whereas something rigid snaps or shatters. One of the dark underbellies of late capitalism is the rise in psychological/mental illness (which being rather taboo in our society then is somewhat covered up). The rigid personality type whose ego (as per Jung) is more likely to have strong “collisions” with its environment and more likely to crack than bend when under extreme stress.

We are never more trapped than when we don’t even know we are trapped. We are all trapped to some greater or lesser extent – all those years/decades of conditioning before we even realised we were being conditioned… So next time we are wound up by something it could be that the something is plain irritating, or it could be a free opportunity to see where we are locked-in by some worldview that we would be more flexible without. Flexibility is life – look at babies – rigidity is imprisonment.

Incidentally I notice there is a book out whose title is about as succinct as one of my blog posts – “The Power of Unreasonable People: How Social Entrepreneurs Create Markets That Change the World”. Grit in the oyster and all that I guess?