One of the traps those of us educated in a western context tend to fall into is that of conceptualisation. We are very good with ideas, very good at kicking them round, critiquing them, criticising them. And that’s great. But we are perhaps less practically minded. Playing the piano or being good at baking or plumbing are somehow seen as lesser activities, not academic. So be it – we all have biases and there will be plenty of folks who don’t have this bias and believe that baking or plumbing is more important. None of this matters – what matters is seeing that we do have a bias. If we do not then we approach other material and immediately incorporate our bias into it. In simple terms a lot of the study of “ancient”/”foreign” wisdom traditions is academic. Now this is good but only as good as far as it goes. The true practitioners of traditions were doing them for practical reasons, not out of an intellectual, “library” type mindset.

A dry academic understanding is an objective, outside, dry position. A very valid position but you wouldn’t want an academic to do your plumbing 🙂 I recall one day organising the school sports day and I was told on no account to let the maths teachers do the timing. This seemed odd to me – after all they are good with numbers I thought. Yes, but they are not practical I was told … far better to pick those used to making things and using their hands not their heads!

So the real meat of wisdom traditions is to be used for practical purposes. More health, more vitality, more meaning in life – which continues the theme from my stress management page. But this – key – usage comes from internalising, from using, from applying techniques for body, energy and mind.

At a simpler level a knowledge of some of the thinking can help one identify and understand organisational issues. One of my favourite examples of this is how one would apply knowledge of the Chinese mind to modern large corporates and what one gets out of it.

Two of the three major Chinese ways of thinking are Confucianism and Taoism. In a sentence-long sketch one would say that Confucianism is all about lines and right angles. Everyone has a position in society and the family and roles and responsibilities. Everything is rule-driven. [Any bells ringing re corporate organograms and rules/standards/procedures?]. This is a very rigid structure of course. One of the reasons China perhaps has lasted so long is that it also embraces (without any sense of contradiction) the opposite mentality – that of Taoism. In a few words Taoism is about there being no straight lines in nature, about water flowing and finding a way, about natural spontaneous inner wisdom. 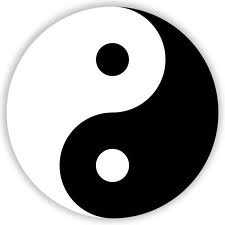 So how to apply this? Well I can think of a good example of consulting in a firm where there were huge packs of global standards for this, that and the other, in particular for project and program planning. But it was all logjammed in the area I was to help. Gridlocked just like New York City on a bad day – car engines overheating, horns parping and no-one able to move. So how do you solve that problem? Well – using my Chinese analogy – you can’t solve it with yet more “Confucianism”. So one has to take a “Taoist” approach. By definition this is much more spontaneous and relies on the natural arising of wisdom. I didn’t “know” what to do – a whole team of consultants had failed the previous year to do what I was now being asked to do alone. Anyway not knowing is never a real problem – one just needs to have a next step. So as my next step the idea arose to go for a coffee with one guy and try to make him laugh (and as you can imagine in a gridlock this doesn’t happen easily). I took another for a walk round the block … very simple starts but this “totally different” approach turned out to work far better and solve all the problems. Why? As I moved away from the paradigm of rules&regs (and BAs, PMs and other acronyms) to that of human beings, in the moment, smiling, relaxing. And if you can do that then people themselves can soon start solving the problem.

And just to end with a little “oriental inscrutability” the essence of Taoism is balance. So in this above case in an over-structured environment I stepped away from the structure. But one size does not fit all. In my earliest years in the City the prevailing paradigm was the opposite – completely unstructured … good for spontaneous solutions but bad for day-to-day replicability (eg of investment performance). So then I found myself succeeding by adding structure.

And this, perhaps, is the essence of wisdom … it’s not a “fixed answer”. Life isn’t an exam paper where there are pre-defined “right-answers”. How to deal with the ever-changing flow is something we in the West rather lost the mindset for after Heraclitus, both Platonic philosophy and Abrahmanical religions going (mainly) down the “there is a fixed right answer” route. But everything exists in a context … in a different situation you or I might take someone for a coffee and another around the block and nothing would happen. Zen (which is the offspring of both Chinese Buddhism and Taoism) has a phrase for this “no fixed position”. It’s a tough one for westerners who have been thoroughly schooled in the The Right Answer mindset. However “no fixed position” is true, there’s only a right answer in exams (and that one is “what the examiner wants to see” – all very artificial) … which is why we need wisdom which is generally situational. As to how to develop one’s own natural access to wisdom – well that’s something that the world’s wisdom traditions have invested millennia in refining techniques for.

This entry was posted in Wisdom Traditions and tagged Business, Consultancy, No Fixed Answer, Wisdom into Business. Bookmark the permalink.